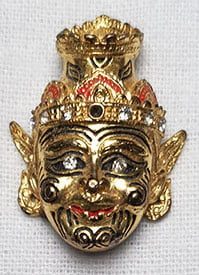 Luang Phor Hong and his Amulets 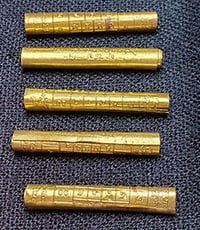 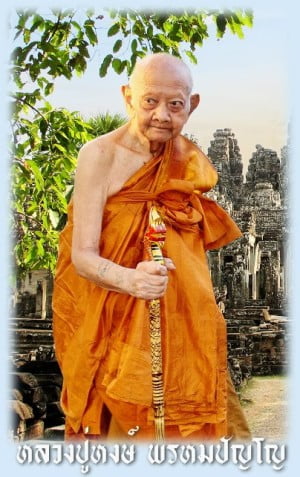 Thai Buddha Amulet Monk Luang Phor Hong was a well-known and widely respected monk. He was born in 1919 in Tungmon  Village, Prasart District, Surin Province. Both of his parents were farmers and he was the first son out of 9 children. When Luang Phor Hong was 18 years old he entered the priesthood. When he was 20 he became a monk at Wat Petchaburi. He studied both theoretical and practical dharma the religion and teaching of Buddha from his masters. He stayed at the temple for another 7 years and at the age of 27, he decided to travel.

In 1945 Luang Phor Hong traveled to neighboring Cambodia in order to study white magical incantations, meditation and to seek a peaceful life. Eventually, he returned to the Wat Petchaburi and was appointed the leader of monks (Abbot) in 1973 at the age of 55.

Aside from his spiritual life, Luang Phor Hong was also active in earthly humanitarian activities. He helped develop temples, schools, health centers, and dams. In 1994, Luang Phor Hong was awarded the “Wheel of the Law” from Princess Theparatrajasuda. The award was given in response to his charitable work and contributions.

Luang Phor Hong stood by his amulets. In Surin Province, there are multiple accounts of people being protected from deadly weapons because of the amulets. Luang Phor Hong even instructed people to keep the box that the amulets came in. He asked that if people want to throw the box away, they should simply return it to him instead. He is also quoted as saying ‘” If my amulets do not work, may I die one hundred times a day.”

There is further proof for Luang Phor Hong’s abilities. It has been reported that during multiple ceremonies that he attended, lighting and thunderstorms occurred but did extinguish the candles or incense sticks.  Additionally, many people who attend his ceremonies report seeing holy beings.

In addition to these phenomena, there are also reports of Luang Phor Hong’s amulets protecting people. One report explains how a child was being bullied at school. The child’s father placed a golden amulet around the child’s neck and asked for a blessing of protection. The next time the bully showed up, the much smaller child was able to pick up his bully and throw him out of the way.

Soldiers and border control officers also report being saved from attacks by Luang Phor Hong’s amulets. Recently it was reported that a bullet from a machine gun caught on fire before hitting an officer. The bullet fell to the ground before hitting the target. Another police officer wanted to test an amulet and attempted to shoot it. He missed all three times, reporting that the amulet moved on its own. Yet another story describes a series of fires that burned multiple homes to the ground. The only home left standing was one that had a framed yant of Luang Phor Hong hanging on the door.