Thai Magic - Not all Black or White

Thai Magic. Reading these descriptions and examples of white magic will help in a better understanding of Sank Yant Magical art of sacred designs and amulets, etc

Thai Magic - Not all Black or White 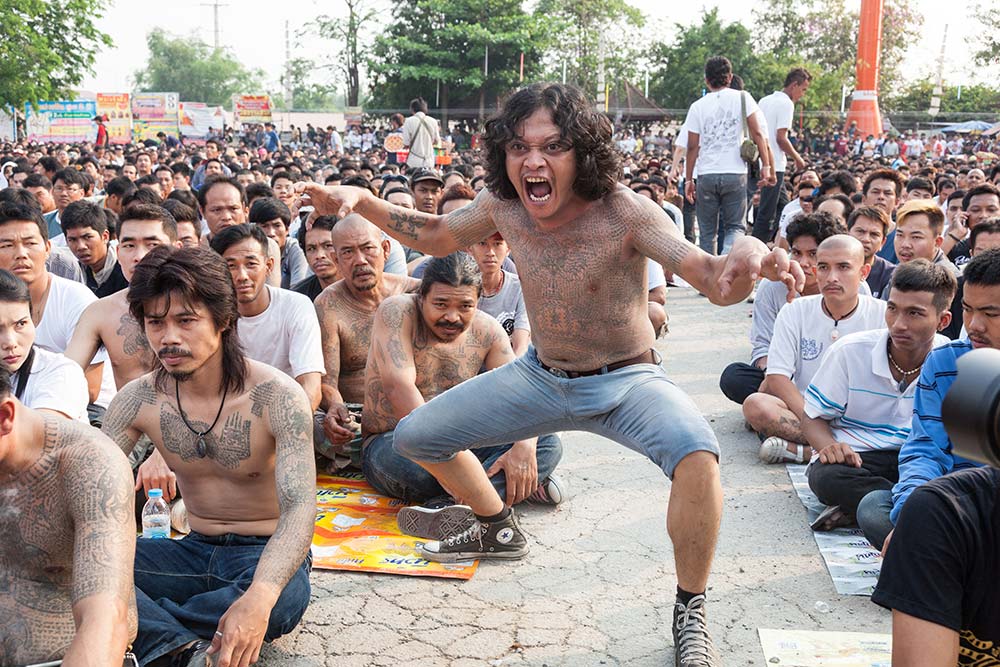 Thai Magic comes in all shapes and forms, it is very hard to draw hard lines around the edges of Black Magic or White as there is a certain amount of cross over between them. Generally speaking the classification of Magic into Black or White depends on the intent of the creator and the person using it. Thai Black Magic, known as Sai Ya Sart, is not a product of Buddhism, It is believed that Black Magic originated in Brahma and Animist beliefs. White magic is often associated with Buddhism. The Buddhist Sutras contain frequent reference to supernatural events and powers but they are always used for the good. Some of the sutras instruct that a monk may be able to perform supernatural blessings if they reach the fourth level of learning or Jhana.

Thai Sacred Magic, Animism is a belief system that predates Buddhism and it teaches that inanimate objects such as stones, trees, water, or other natural things are inhabited by spirits and souls. This belief still exists in Thailand. Thai people have a healthy respect and sometimes even fear for ghosts and supernatural things, especially in rural Thailand.

Thai Sacred Magic can be seen with the widespread use of Spirit houses or San Phra Phum. These are small houses like shrines that are put outside of buildings for the local spirits from that area to inhabit. The people leave offerings of food and drink, incense, and flowers at the spirit houses to please the spirits and keep them happy, so the spirits do not go into the main building and cause mischief. A person known as a Mau Pii has specialist knowledge of the local spirits and they give advice on the best placing of the spirit house when a new building is being constructed. Sometimes the spirit houses are erected at an accident blackspot so there are no more accidents.

Thai Sacred Magic, the Mau Pii is also the go-between for villagers and the spirits and ghosts. They conduct ceremonies for the people and spirits, for example, blessing a new item so the spirits don’t get jealous and stop it working. They bless cars and motorbikes to prevent accidents for the new owner. They bless computers and mobile phones so they continue to work correctly for the new owner. They interpret dreams and if the person concerned has been having nightmares they will hold a cleansing ceremony to rid the person of the bad effects of the dreams.

Thai Sacred Magic, Monks, and Masters who use magic in the casting of spells and the making of amulets in Thailand usually claim that it is white magic and that it is done with good intent. These same monks and Masters often use Magic to remove Black magic and to free someone from the effects of Black Magic spells. We have yet to meet someone who claims to practice Black Magic in Thailand, but there is no doubt that both Black Magic and  Barang, a form of Voodoo, are practiced here.

It is said that if you have been affected by a curse or voodoo you will show some of the following signs of having been charmed by a Black spell:

Intense attraction to someone you do not know

Not acting for the benefit of others

Feeling you are being watched

Mysterious aches and pains in the body

Belief in both White and Black Magic, spells and curses, ghosts, and voodoo is widespread in Thailand, particularly in rural areas. The Thai people are generally quite superstitious and even television programs feature a modern twist on old ghost stories.